The Last Seder of James: A Passover Story

A Sneak Peek of our Upcoming Book! 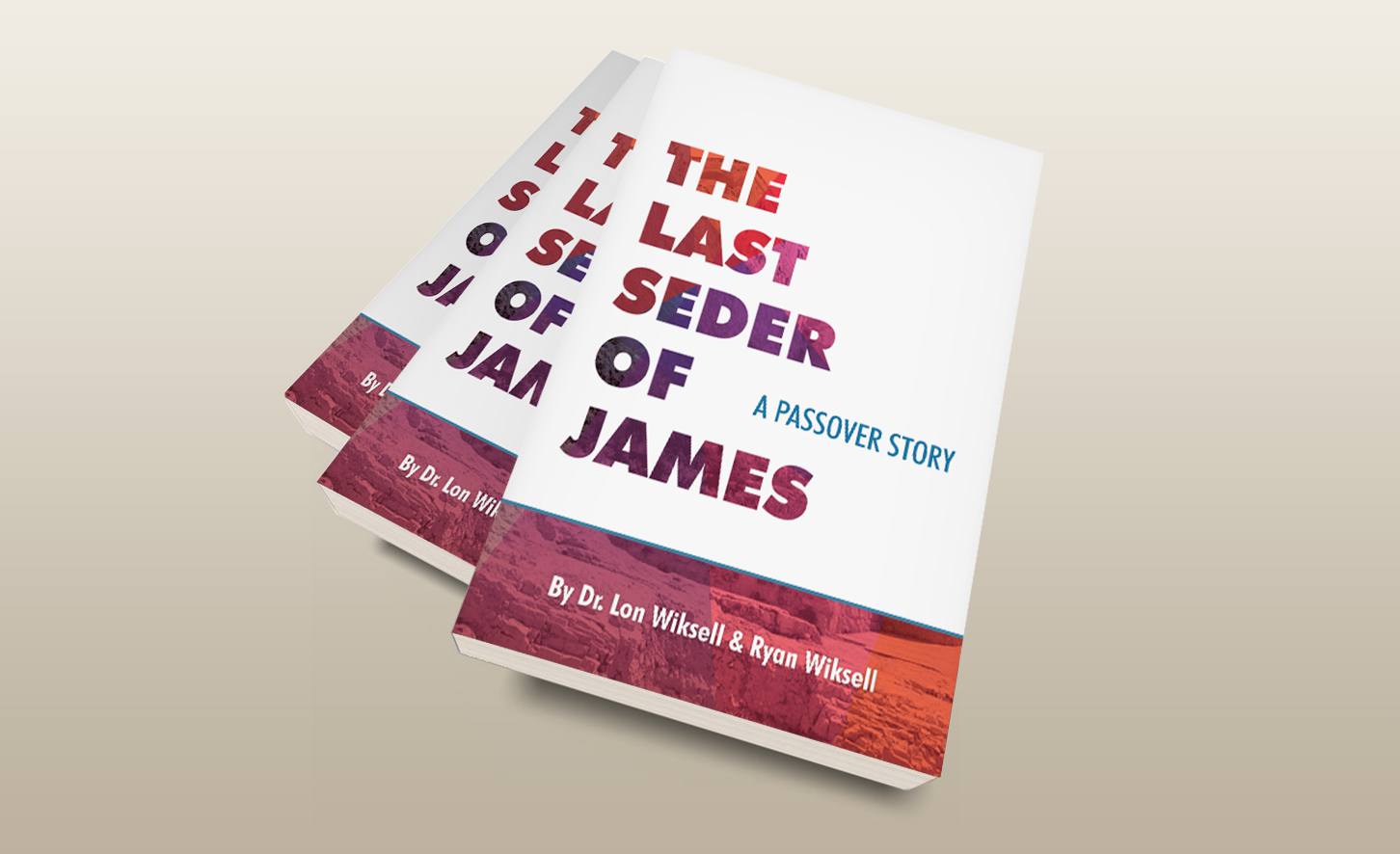 Our Father Abraham is pleased to announce the upcoming release of The Last Seder of James: A Passover Story, by Dr. Lon Wiksell and Ryan Wiksell. At just under 100 pages, this new book represents a unique blend of historical fiction and educational non-fiction. Taken as a whole, The Last Seder of James provides an insightful perspective on the centrality of the Jewish festival of Passover to the Christian faith.

Church tradition holds that James (Ya’akov, the brother of Yeshua) was martyred during Passover in the year 62 CE, by being thrown from the top of the Temple, and subsequently stoned. The book begins as a novella, featuring an imaginative exploration of this episode in the early days of the faith. The premise supposes that John (Yochanon the Apostle) travels from his home in Ephesus to visit James on the final night of his life, and brings a Seder with him so they can celebrate Passover together. As they progress through the order of the meal, various elements evoke memories of Yeshua’s childhood (in the case of James) and his ministry (in the case of John.) In the process, the two men struggle to deal with issues in their past, and allow the Ruakh HaKodesh to prepare their hearts for things to come.

Following the story is an enlightening look at the Exodus-Passover narrative—its historical and spiritual roots, and its contribution to the heart of the Messianic (Christian) faith. Detailed lists of important Hebrew terms and key Scriptures are followed by insights about the significance of the Seder celebration. At the end, resources for further study and connection are provided.

Authors Lon Wiksell, D.Min., and Ryan Wiksell are excited to provide a copy of the first edition to anyone who is interested in the ministry of Our Father Abraham, or seeks a richer perspective on the topic of Passover. To request your copy, please email info@ourfatherabraham, and provide your name, email address, mailing address, phone number, and the number of copies you’d like. (We expect to supply each copy for a suggested donation of $10, but this may change.)

In the near future, we plan to produce an alternate version for readers comfortable with Hebrew, titled The Last Seder of Ya’akov: a Pesach Story.

While you’re waiting, we hope you enjoy the following excerpts from the fictional portion of The Last Seder of James.

“Did you bring my mother?”

A hacking cough echoed against the barren walls, followed by a distant barrage of curses. It was hard to think. The cough escalated, as did the epithets, until a thump and a crunch restored a type of peace to the subterranean tangle of holding cells.

“Your mother died in Ephesus, years ago.” the voice in the doorway said.

A thick silence ensued while James stared at his wringing hands. He could feel the prison grit covering his skin, but could barely see it in the near-darkness of his cell. By the dim light of the torch in the stone corridor he could just make out the silhouette of John son of Zebedee standing in the aperture. He groaned painfully before speaking again.

“Did he ever tell you the story of John the Baptizer’s birth?”

“Every year,” James replied quickly. “John usually asked Jesus to take a walk with him whenever his birth story came up. I guess he was a little embarrassed about being a ‘miracle’ baby. And Jesus could relate.”

“No no, I believe it. And so did they. But they didn’t like hearing about it all the time, I gathered.” James picked up the empty goblet and held it next to the candle, turning it back and forth to give light to the intricate patterns encircling the rim.

“The rest of us, on the other hand, we never got tired of hearing it. You could see it on the face of every little boy and girl in that house, lip-syncing Zechariah’s story from beginning to end. He never left anything out, and he never changed even a single word. I could still tell it exactly as he did if I wanted to. Down to his gestures.”

“We all arrived before Jesus that evening, and started to bicker about who should serve. The last one appointed? That was Judas, but he was too important. The youngest? That was me, but I was part of Jesus’ inner circle, so it didn’t seem fair (to think of how wicked I was.)

“At the height of our debate Jesus came in, carrying the lamb he had just selected from the marketplace, and had taken to the Temple to be sacrificed. He had spent hours selecting it, just like you say his father used to do, but this one had a freckle on its ear. We all saw it. We had the money, why didn’t he choose a perfect one? But things were about to get much stranger than that.”

The priests were angry. The crowd was shouting. The guard removed his sword from the prisoner’s back and pressed it to his neck. James held up his hands. “Please! Please! My brothers! Listen to me. This Jesus has divided us. He has not brought peace to the Land—as we believed the Messiah should—but a sword! See for yourself.” The roar quieted to a murmur.

“This dispute can be settled, and our people reunited, with one simple question: Where is Jesus now?”

We hope these excerpts have whetted your appetite for the full story, and the insightful teaching offered by The Last Seder of James. Again, to request your copy, please email info@ourfatherabraham, and provide your name, email address, mailing address, phone number, and the number of copies you’d like. We’re excited to share this journey with you!