Look Up, and Count the Omer 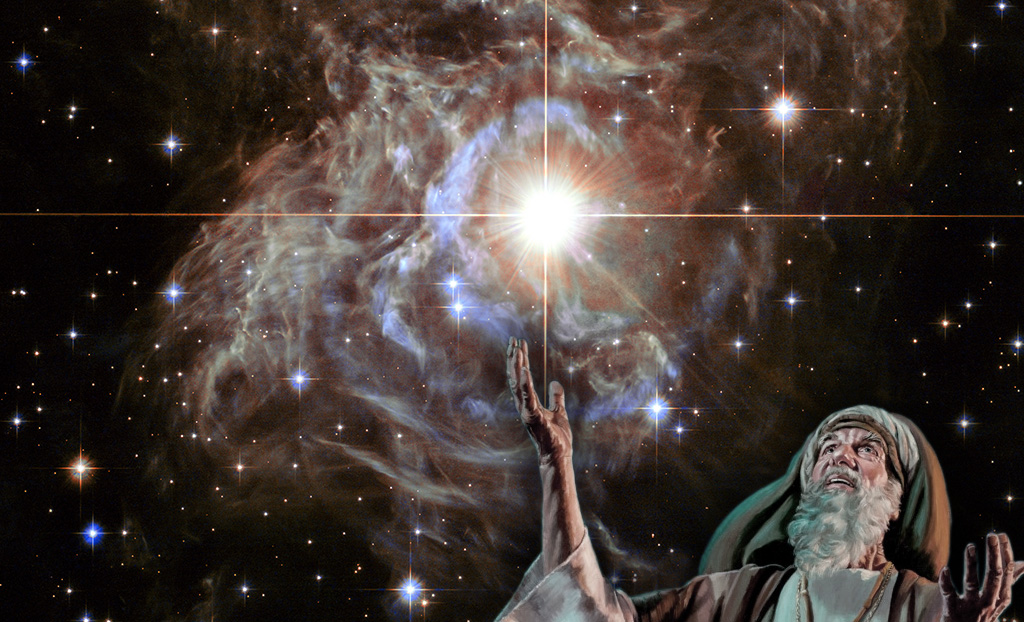 Today completes five weeks of the Omer. Five weeks since the Feast of Unleavened Bread, and two weeks until Pentecost. As we approach the momentous 40th day of the Omer (discussed further down) it is good to think about the covenant that started it all: God’s covenant with Abraham.

In Genesis, God communicates His covenant to Abram/Abraham in three parts. In chapter 12 God called Abram and promised to give his descendants the land of Canaan. Later, as recorded in chapter 15, God invited Abram to count the stars, and promised that his own descendants would be just as numerous. As a sign of this promise, God made a unilateral, unconditional covenant with Abram.

Wait, that’s not right. Covenants are supposed to be bilateral, and conditional. Two (or more) parties should be responsible to hold up their end, or else the covenant is breached. But God had something very different in mind. After all, Abram was in a deep sleep when a “smoking firepot with a blazing torch appeared and passed between the [animal] pieces.” (Gen 15:17)  Thus, God acted all alone – it was unilateral! And God made no requirements of Abram – it was unconditional!  This is what the Lord promised to do, no matter what the future held.

The third part of God’s covenant comes in chapter 17, when he specifies that Sarai herself will bear Abram a son (this is also where their names are changed to Abraham and Sarah.) So Sarah gives birth to Isaac. And Isaac produces Esau and Jacob. Esau became Edom, which was eventually wiped out. But Jacob came to be known as Israel.

Today, there are some who say that Israel – that is, the Jewish people – has no right to their promised Land. They believe that the Jews lost that right because of their rejection of God, or their rejection of Yeshua. They base this belief on the conditional aspects of the Mosaic Covenant which says that the Israelites would be expelled from the Land if the failed to obey the commands of God and live according to God’s covenant. (Lev 26:33-36, Deut 4)

But what must be understood is that the bilateral and conditional aspects of the subsequent Mosaic Covenant do not invalidate the unilateral and unconditional aspects of the original, Abrahamic Covenant. According to the Mosaic Covenant, their disobedience would result in exile and inability to enjoy the benefits of living in the Land, but not the loss of ownership. (Lev 26:1-13) Thus, the Land of Israel is the inheritance of the Jewish people; it is theirs forever. As Paul writes in Romans, “all Israel will be saved … for the gifts and calling of God are irrevocable.” (Rom. 11:26a, 29)

I have often wondered about the lack of faith of the Israelites after they left Egypt. Of course it is easy to be judgmental when looking from this side of history. (Can you say Monday morning quarterback?) But I don’t want to judge them; I just want to better understand them. Surely they had a good knowledge of the promises given to Abraham. It was part of their identity – the reason they were living in Egypt. And the stories about their forefathers and their promised inheritance would no doubt have been told and retold thousands of times.

At first (before a new Pharaoh came to power) their life in Egypt may have been very comfortable, like the way we live today. There would have been some expectation of this eventual fulfillment of returning to Canaan and living in their own land and having their own nation. But it might have seemed more like a dream than a guarantee. They were living in a time between the promise given to Abraham and its fulfillment.

What Are You Looking At?

Today we also live in an in-between time – between the promise of Yeshua’s return and the fulfillment of that promise. We may become comfortable and apathetic, but we need to hold fast to His promises. Looking forward to Day 40 and the ascension of Yeshua, I remember the words of the two men dressed in white, “Men of Galilee, why do you keep standing here staring into heaven? This Yeshua, who was taken up from you into heaven, will come in the same way as you saw Him go into heaven.” (Acts 1:10-11)

This scene always amuses me as I imagine the eleven disciples standing there on the Mount of Olives, gazing into the sky with their mouths open and wondering what just happened – He called us, He taught us, He performed miracles, He died and then He was resurrected… and now this! And what about receiving power when the Ruach ha-Kodesh (Holy Spirit) comes?