Of Body and Spirit

Preparing for Pentecost (aka Shavuot) 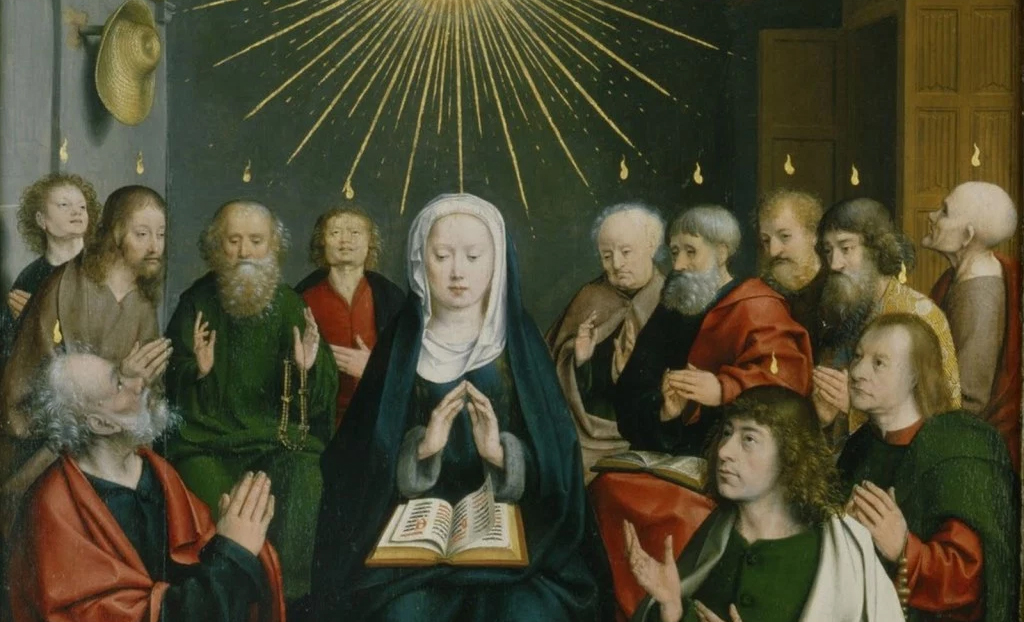 Are you a spiritual person? If you’re not sure, ask yourself if you’ve ever said or thought things like this:

“Sabbath rest is good, but it doesn’t have to be on a particular day.”

“Worship is good, but it doesn’t have to be in a church, or with a congregation.”

“God doesn’t care what I eat, or what I do with my body. It will be perfected in the resurrection anyway.”

There’s a base-level assumption going on with statements like these: Spirituality is separate from the bricks and mortar of daily existence. We all do what’s necessary to live our lives, but the truly important stuff happens on another plane. And the two planes don’t really intersect. Things of the “spirit” are pure, and things of the physical world are impure.

In other words, the assumption is that “matter” doesn’t matter.

There is an ancient name for this perspective. It’s called dualism, and (spoiler alert) it’s heresy. Most famously adhered to by a group called the Gnostics, it’s one of the original heresies to rear its head among followers of Yeshua. Although it’s dangerous, it’s not hard to see how these dualistic teachings came about, when you consider the role of the Spirit in the the book of Acts. But first, let’s rewind a bit to the life of Yeshua.

In the Flesh, or in the Spirit?

In the gospels, we can see clearly that Yeshua had a physical body. He was God “incarnate”, from the Latin word carnes meaning flesh. He screamed at birth, pooped his diaper, and stubbed his toe. He got hungry, thirsty and tired. He got dusty from the roads he walked, and headaches (probably) from the stress of being constantly in demand.

Ultimately that body, that flesh, was torn to shreds. It was lashed and gashed and impaled. In three days it was restored. All these truths are foundational to our faith as followers of Yeshua. He came in the flesh, he died in the flesh, and he was raised in the flesh.

But then something different happened. Seven weeks after Yeshua rose from the dead, and ten days after he ascended to heaven, the Holy Spirit came in power (on the day we now know as Pentecost.) The Spirit is every bit as divine as Yeshua, but without the body. So when the Spirit showed up that day, there was wind, there was fire, but no flesh.

Some people claim that Pentecost is the day Christianity was born. If that’s true, then the manner of the Holy Spirit’s arrival has had a tremendous impact on how we view our faith. If a major part of being a follower of Yeshua is to be “filled” or “baptized” with the Holy Spirit (regardless of one’s view on gifts of the Spirit, or a “secondary” experience) then it’s easy to give the physical world a back seat. Instead, they’ll say that what’s truly important is to be “spiritual”.

So I’ll ask it again: Are you a spiritual person?

Naturally, God understands the risk of being misconstrued. The “spiritual” (mystical, non-corporeal) experience of the first Pentecost no doubt spawned a great deal of dualist heresy. But this is our fault, not God’s. It’s our fault because we, the Church, have overlooked (or actively neglected) a great deal of the context hardwired into the festival of Pentecost.

If specific days didn’t matter, the great outpouring of the Spirit could have happened any day. But it happened on a very specific day. So specific, in fact, that the holiday is named accordingly: “Pentecost” is the Greek word for “50th”, as in the 50th day from Resurrection Sunday. More importantly, it happened right on top of the Jewish festival of Shavuot. (More on that later)

If specific places didn’t matter, the outpouring could have happened any old place. But it happened in a very specific place: the Temple. (Not in the Upper Room, as many believe, but close.) The Temple was the place of God’s manifest presence, and the place designed to help make Israel a blessing to the nations. Yeshua cleared the outer court of that Temple twice to call Jewish leaders to account for their failure to accomplish this. He then accomplished it himself when the Temple curtain was torn in two at the time of his death. Now God’s presence would no longer be limited to this one place, and yet (and yet!) this is the one place he would choose to pour out his Spirit to every tribe and tongue.

Granted, there is more than one way to consider yourself a spiritual person. For some, the word spiritual may distinguish them from those who deny any higher dimension at all—materialists who see matter as all there is. But even a more balanced perspective on spirituality comes with a risk. There’s a risk of seeing God’s saving message as some sort of cosmic melody wafting through the ether. In reality, it’s nothing of the sort. Rather, it is gritty and thick. It has texture and color and odor and weight. It comes from heaven, but it’s made of the stuff of earth.

What’s more, every act of love on God’s part is mapped onto something he knows we’re ready to understand. Yeshua did this with Jewish culture and symbols in mind, and the more we’re aware of those, the better we can understand his message. He mapped his bloodshed onto the Passover cup of redemption. He mapped his broken body onto the pure unleavened bread. He mapped his execution onto the slaying of the spotless Passover lamb. And he mapped his resurrection onto the feast of First Fruits, revealing himself to be the first fruits over all creation.

Then, fifty days later, when Jews were gathered at the Temple from every corner of the globe, God mapped the coming of the Holy Spirit onto the festival of Shavuot, when the giving of the Torah at Mount Sinai is commemorated. But this time, instead of God etching laws into stone to birth a nation, the Spirit is writing God’s law on the human heart to launch a global body of believers.

That’s right: a body. The flesh that matters is no longer that of Yeshua, but of us. Yeshua ascended to heaven, but only to make room for the rest of us to fulfill our own divine purpose. And he knew that we needed the Holy Spirit to animate our flesh, to be his hands and feet to a world who desperately needs his (physical) touch.

Please stay tuned for a second article on Shavuot/Pentecost, to learn just how deep the parallels between the two festivals go.