What is the Bible? (Video)

How to Read the Bible, Episode 1 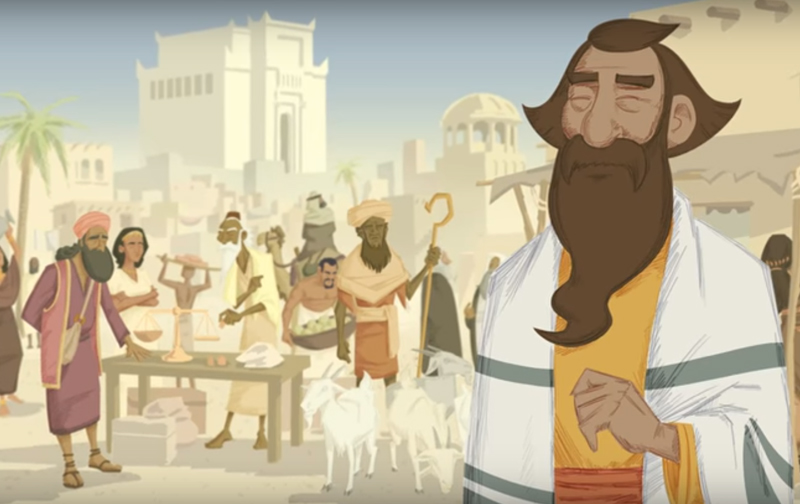 This article features a video entitled What is the Bible? It’s the first episode of the ongoing How to Read the Bible series from The Bible Project. This is a crowd-funded ministry doing vital work; please consider supporting it.

If someone asked you the question, “What is the Bible?” what would you say? Of course, the short answer would be to hold up your own copy and say, “It’s this.” But the long answer could be longer than the Bible itself.

Thankfully, the folks over at The Bible Project managed to find a happy medium between those two, by producing the insightful and engaging video below. But how were they able to narrow down such an enormous topic into 5 minutes of animation and narration? Why did they choose to make these particular statements about the Bible? Perhaps it’s an attempt to counter a series of common myths about the Scriptures, such as the following:

Myth 1: The New Testament is Christian, therefore not Jewish.

The video points out that the whole Bible arose out of the history of the Jewish people, which is true. As far as we know, virtually every writer of the Bible was ethnically Jewish. Not to mention that the central figure, which all Scripture points to, was an observant Jew who lived a thoroughly Jewish life. Of course I’m referring to Yeshua (Jesus).

Yeshua and his disciples were the Jews chosen by God to resolve (or “fulfill“) the prophetic cliffhanger left by the previous Hebrew Scriptures. This fulfillment led to the inclusion of people from every tribe and nation, but did not cancel out the essential Jewishness of the Master Story.

Myth 2: The Bible is substandard literature

It is asserted here that the prophets who wrote the Bible were masters of literature. (They are apparently referring to writers like David, Solomon and the Apostles as prophets too, which is unusual but not unreasonable.) Critics like to compare the Bible to the works they consider to be “masterpieces” of literature and claim that it doesn’t measure up. However, there is no document that can really compare to the ancient anthology of writings that we call the Old and New Testaments.

Instead, perhaps we should ask whether the Bible makes effective use of the literary devices it employs. The Bible Project and Our Father Abraham would agree that the answer is Yes. For those who have eyes to see it, the entirety of the Bible (presented in various distinct formats, styles and genres) displays God’s handiwork, as he weaves a Master Story of creation, fall and restoration. Which brings us to…

Myth 3: The Bible is disjointed and self-contradictory

Entire libraries could be filled with the attempt, on one side, to discredit the Bible by highlighting its “errors” or “contradictions”, and the attempts on the other side to defend it from these attacks. (You can get a master’s degree in it if you want. It’s called Apologetics.) So we don’t need to wade into those choppy waters here. Suffice it to say that a deeper dive into the linguistic and cultural context of Scripture reveals ever-expanding themes that tie the disparate stories together. Read my personal account of this journey here.

With that, let’s dispense with the commentary and watch the video already. Enjoy!