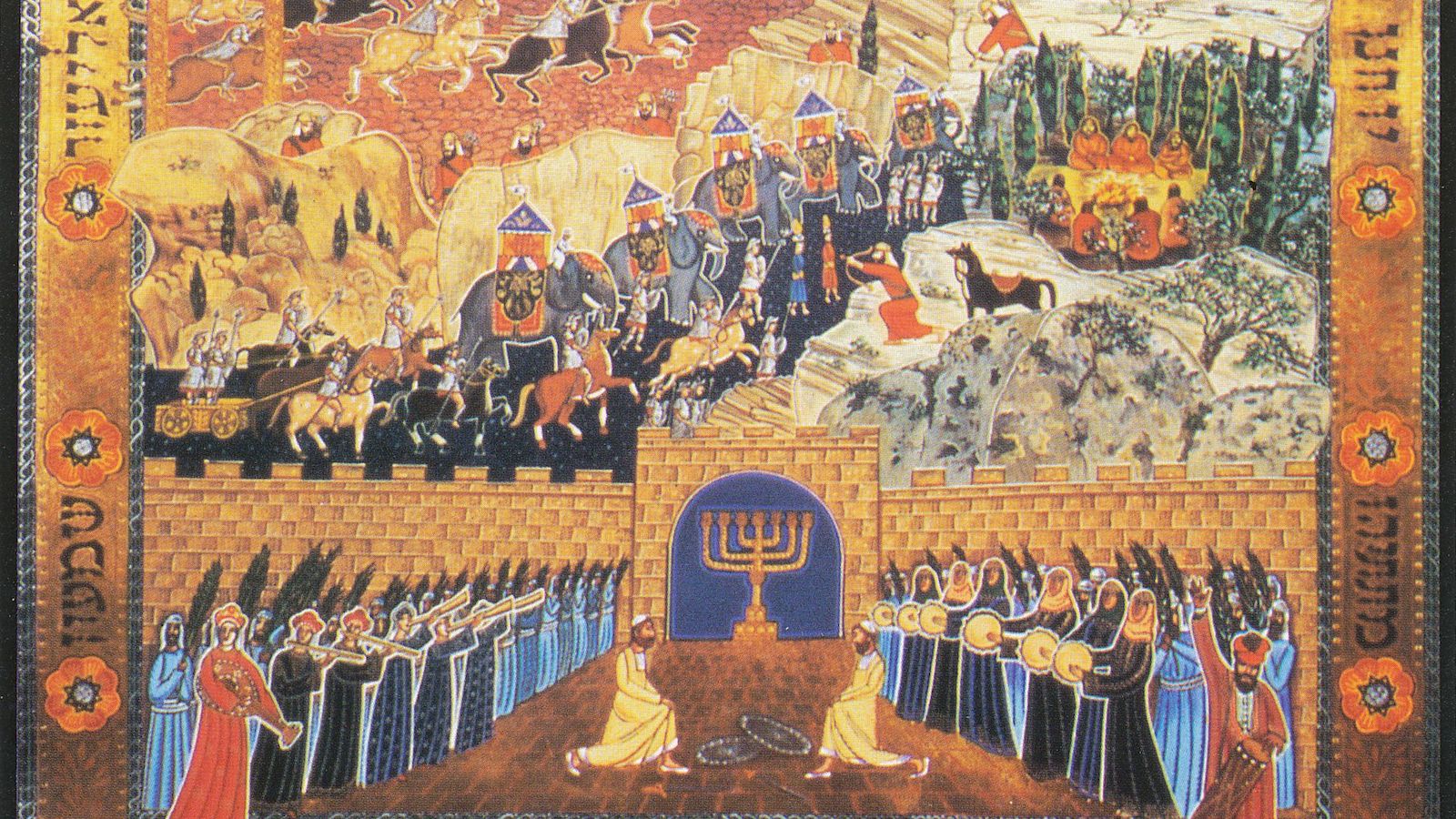 But there’s a funny thing about this Messiah of ours. Yes, he affirmed the beauty and significance of the holidays through his participation. But he always found a way to flip things upside down. To throw a wrench into the works. And his celebration of Hanukkah was no exception.

As we learned in part I of this article, the miracle of the holiday results from an act of catastrophic hubris. Antiochus IV Epiphanes, the Syrian emperor, barged into the Jewish Temple and desecrated all that was holy. He then stood in the midst of the chaos and declared himself God on earth. As we know, Antiochus was eventually defeated by the Maccabees. But nevertheless, his assault left a mark on the Jewish people, who would never forget what happens when a mere human lays claim to the throne of heaven.

What had the people gathered in the Temple to celebrate that week? A great miracle!

What had they gathered to decry? The blasphemy of a genocidal foreign leader with a God complex!

Along comes Yeshua, and what did he say? If you don’t believe I’m the Messiah, look at my miracles! After all, God and I are one.

Is there any wonder they picked up rocks to stone him? But wait; it gets worse.

Historian Laurel Thatcher Ulrich once penned the now-famous quote, “Well-behaved women seldom make history.” I would say that’s true, but not only for women. Every reformer and change agent throughout Scripture (indeed, throughout all time) has drawn the ire and vitriol of the establishment. Yeshua made it plain that he had come to fulfill the Torah. And there was no courteous way to fulfill the Torah.

At the first Hanukkah in 165 BCE, the Temple was in danger of destruction. Instead, it was re-dedicated for continued use. But when Yeshua came to observe the holiday, he declared God’s intention to bring the Temple system to an end. That Hanukkah, a dedication was indeed at hand, but a new one this time—a re-dedication (and re-location) of God’s presence from a Building to a Body.

This pivot took place when Yeshua was executed. In an earth-shattering moment, the great curtain in the Temple—the one protecting humankind from the overwhelming Presence of God—was ripped in half from top to bottom by an unseen heavenly hand. That presence was transferred from the Holy of Holies to the Body of Messiah. That is, to Yeshua. And by extension, to you and me.

There’s one more way that Yeshua declared the fulfillment of Hanukkah. As a Festival of Lights, the occasion marks the utter dependence of humankind on light, and the grace of God which provides it in our time of need. Indeed, we thank our God for the fire that illuminates our nights, and the oil that makes it possible. But these lamps, this oil, are nothing more than dim projections of the Ultimate Grace that came in human form. The great menorah is the light of the Temple. But Yeshua is the Light of the World.

Jews and Christians are not alone in seeking this Light. Such a desire has existed at our very core since the dawn of time. Thus, there’s a precious revelation that comes with celebrating both Hanukkah and Christmas in the darkest month of the year.

More than anything, we need the Light. And behold, the Light has come.