Purim to the People (Part 2)

Return of the Cupbearer 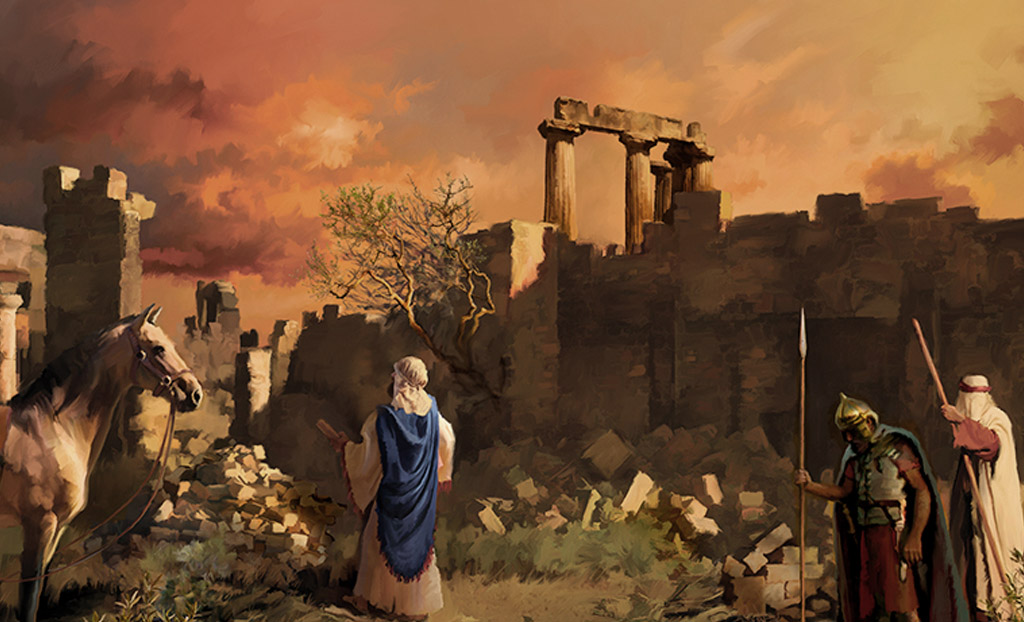 Read Purim to the People (Part 1).

“Hanani my brother! Come in and tell me what you know! What news from Judah?”

It was during the first watch of a frigid night when Hanani and his men arrived at the palace in Susa. They were thin and breathless, shivering from the journey. The Cupbearer saw them first, and began attending to their needs. But as a Jew, his greater interest was in their information. Hanani held up hand to call for patience, as he reclined on a couch and drained a cup of water.

“It is bad, my brother. Disastrous. We could scarcely spare the food and horses to—” he nearly swooned, but managed a gesture at his exhausted cohort.

The Cupbearer offered wine next, and the color returned to his friend’s face.

“The remnant—those who survived the captivity—we are in great distress. We are humiliated. The living have begun to envy the dead.”

“What has happened, Hanani? Tell me.”

“The walls. They are utterly destroyed. And the gates of Jerusalem have been burned to ashes. Adonai has charged us with renewing our people, but we have failed.”

“Failed? But I had so hoped— I thought Adonai was with you.”

“We took gold. We took supplies. It would appear we left Adonai behind.”

“You and your men will be comfortable here till morning. Excuse me.” And the Cupbearer was gone.

Three days later, he was not finished grieving. But the King had returned from a journey, and had summoned his Cupbearer to the throne. He bathed himself, oiled his hair and face, and prepared himself inside and out to appear beside his majesty. But there was one thing he could not bring himself to do: smile.

“My dear Nehemiah,” the King inquired, “are you feeling ill?”

“I am flattered by your majesty’s concern, but I am well.”

“If you suffer no sickness of the body, then certainly it is a sickness of the heart. Come now! You have always advised me with honesty and wisdom; let me advise you now. What troubles you?”

Nehemiah looked up to meet the King’s inquisitive stare. But what startled him was the figure seated on his right. It was the Queen. Her face looked flushed, and her steely eyes were red. She returned the cupbearer’s gaze, and nodded almost imperceptibly. He swallowed hard and looked back at the King.

“May his majesty live forever! You are most astute to see that I am troubled in my heart. And because you have inquired, I will tell you the reason.”

In Nehemiah chapter 2, the Cupbearer explains to King Artaxerxes the reason for his distress, and asks to be sent to Jerusalem to help rebuild the walls. Verse 6 points out that the King entertains this request “with the Queen sitting beside him.” So many questions come to mind:

And why would the writer bother pointing out her presence in the room? What role was she playing in the exchange?

There are a dozen reasonable answers to this question. But is it a stretch to imagine that this monarch was Queen Esther herself? Granted, her husband was Xerxes, not Artaxerxes. But some accounts have supposed that she lived a long and influential life after the events depicted in the book of Esther. So it’s possible that she held her royal status for many years after Xerxes’ death. Other historians have concluded that Xerxes and Artaxerxes were one and the same, resulting in an unbroken six-decade reign on Esther’s part.

In Purim to the People, part I we explored the notion that Esther, Mordecai and the Jewish population in Persia in general, were not god-fearing people. We may safely assume they were decent, honorable people, but after decades in exile, they were unmoored from the Torah and from their identity as a chosen nation. So why did God rescue them? Perhaps the answer comes in the story of Nehemiah.

Let’s compare and contrast. When Esther and Mordecai hear bad news, they fast without prayer, and mourn without repentance. When Nehemiah hears word of the catastrophe in Judah, he fasts and mourns as well, but he takes a very different tone (condensed from Nehemiah 1:5-7):

“Adonai, God of heaven, the great and awesome God who keeps the covenant with those who love him and keep his commandments, I am confessing the sins that we have sinned against you—yes, I and my ancestral house have sinned. We have acted very corruptly against you. We have not kept the commandments, the statutes, nor the rulings that you commanded your servant Moses.”

Regardless of your opinions about Esther, there is no doubt that her actions, along with those of Mordecai, set in motion the work of God to restore his people. Their victory achieved unparalleled favor for the Jewish people in the Persian Empire, and opened positions of influence never before available to them. Indeed, it would seem that two out of the three most powerful people in the empire (and perhaps the world) were now Jewish.

To be perfectly honest, we just don’t know exactly where Esther or Mordecai were by the time of Nehemiah. We don’t know whether any given ruler was Esther’s husband, or son, or whether Mordecai was still serving as prime minister, or even still living. But we do know that the miraculous work of God often makes indelible impressions on the eastern kings, from Nebuchadnezzar to Cyrus to Artaxerxes. And the story of that work may have served to raise up righteous leaders from among the exiles, like Ezra and Nehemiah.

“You are right to be distressed by the news of your people,” the King said, after some thought. “The remnant would benefit greatly from your help. But how would I manage without my Cupbearer? My palace confidant?”

“My protégé serves you excellently in your travels, your Majesty. He could stand in my place here. But if I am needed to remain, I will remain.”

“How long will your journey take? And when will you return?”

Nehemiah’s heart jumped inside his chest. Could it be that the King was granting his request? His thoughts raced with the letters and supplies he would need, to make the journey—and the project—a success. He glanced at the Queen and noticed a faint smile crossing her lips. She blinked repeatedly, as if to conceal some stronger emotion.

It was really happening. Nehemiah was going home.

In Romans 2:4 Paul asks, rhetorically, “Do you not realize that God’s kindness leads you to repentance?” Later, in Romans 5:8, he declares that “while we were yet sinners, Messiah died for us.” These words echo Yeshua himself, when he told the Pharisees, “I did not come to call the righteous, but the sinful to repentance.”

In our brokenness we always insist on a transactional view of redemption. The Pharisees were the most famous for it in Scripture, but really it’s everywhere you look. If I offer a good sacrifice, or rest on the Sabbath, or keep the Torah, or witness to my friends, or tithe to my church, or vote for the right party, maybe (maybe) God will save me and bless me.

But God is so opposed to this notion that he goes thousands of miles out of his way to dispel it. He rescued his people from Egypt and countless other enemies when they had done nothing at all to deserve it. While they were yet sinners, God delivered them. His kindness to Esther, led to the repentance of Nehemiah.

Do me a favor: Forget everything you just read. Go throw a Purim party.

But later, once you’ve cleaned up the tables and put away the games and returned the costumes, come back to this. Think about what was happening in the hearts of Esther and Mordecai and all their people in the wake of such a tremendous work of God. Ponder the challenge of living as orphans in exile, divorced from their roots and their identity as a chosen people. Then think about the divine words (condensed here from Isaiah 43:1-11) that may have rung in their ears:

“Fear not, for I have redeemed you, I have called you by name, you are mine. I have given Egypt as your ransom, because I love you. I will bring your offspring from the east and gather you from the west. You are my witnesses and my servant whom I have chosen, so that you may know and believe me, and understand that I am Adonai, and there is no savior beside me.”